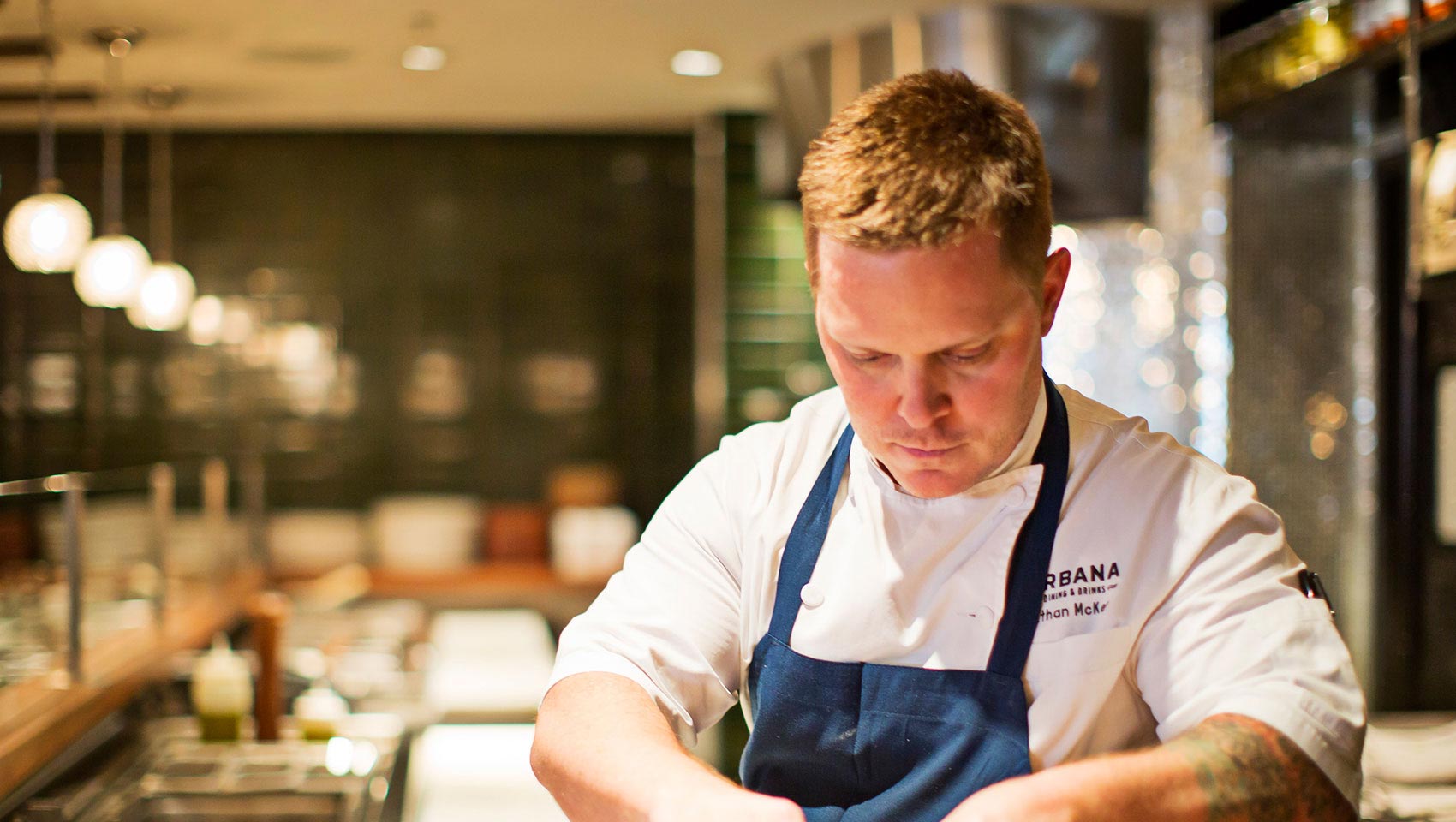 A DUPONT CIRCLE RESTAURANT WORTH SAVORING

The light, fresh flavors of Italy reign in our kitchen, thanks to the expertise of Executive Chef Ethan McKee. Trained in classic French and Italian culinary techniques, Chef McKee is acclaimed for creating healthful menus, and often uses local ingredients from our own backyard. Born in Austin, Texas, McKee moved to Northern Virginia at a young age; thanks to his mother's various roles in the restaurant business, the kitchen quickly became a second home to him. He attended culinary school at L'Academie de Cuisine in Gaithersburg and has since helmed multiple kitchens, including several recognized among the "100 Very Best Restaurants" by Washingtonian magazine. Early in his career, McKee worked alongside James Beard-nominated Chef Todd Gray at Equinox Restaurant, where he climbed his way up from line cook to Chef de Cuisine. More recently, he led the kitchens at Rock Creek at Mazza — where he developed a talent for creating flavorful, healthful fare — and at Foggy Bottom's Circle Bistro. Chef McKee brings a world full of experience and flavor to the restaurant we've all come to love.